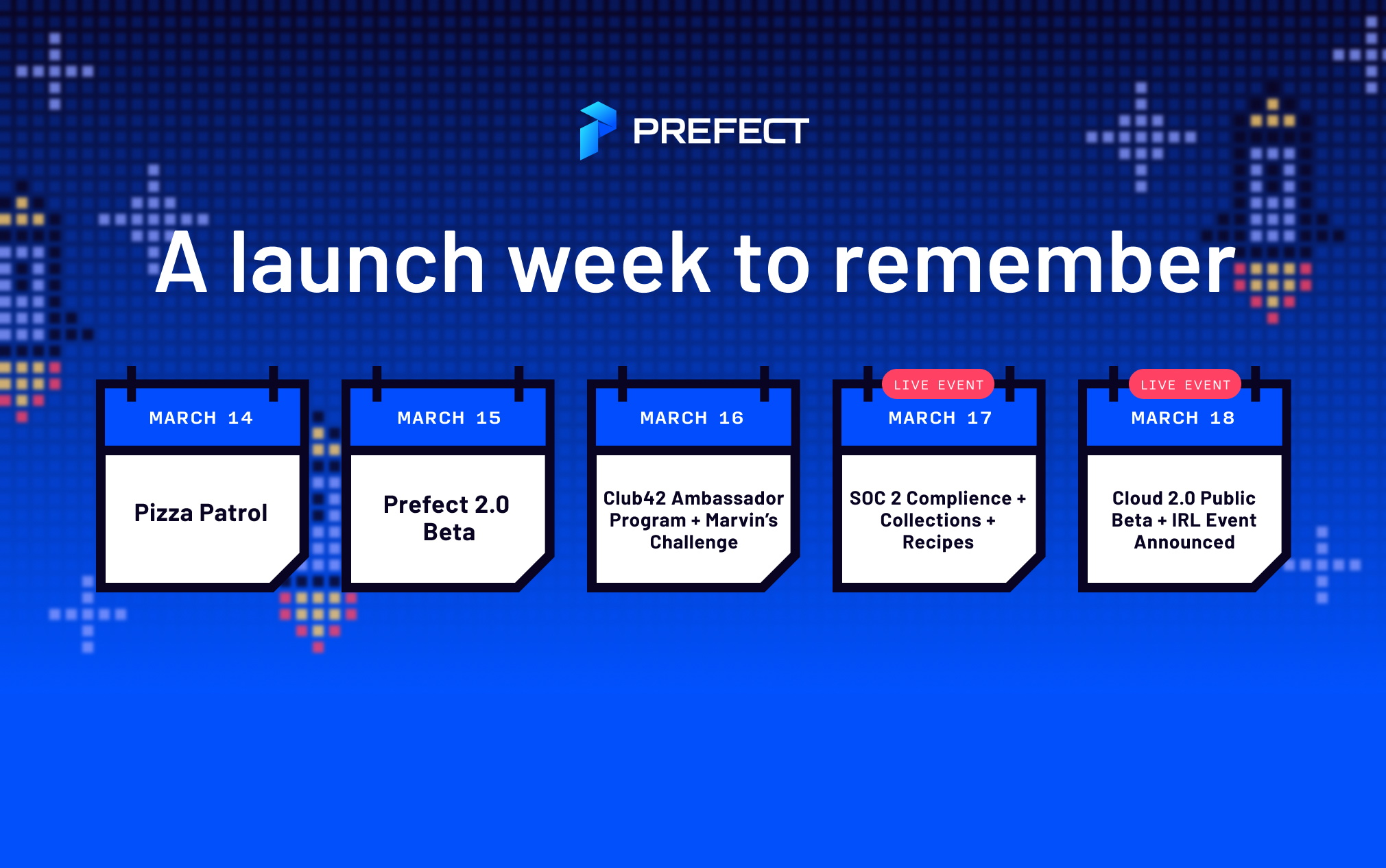 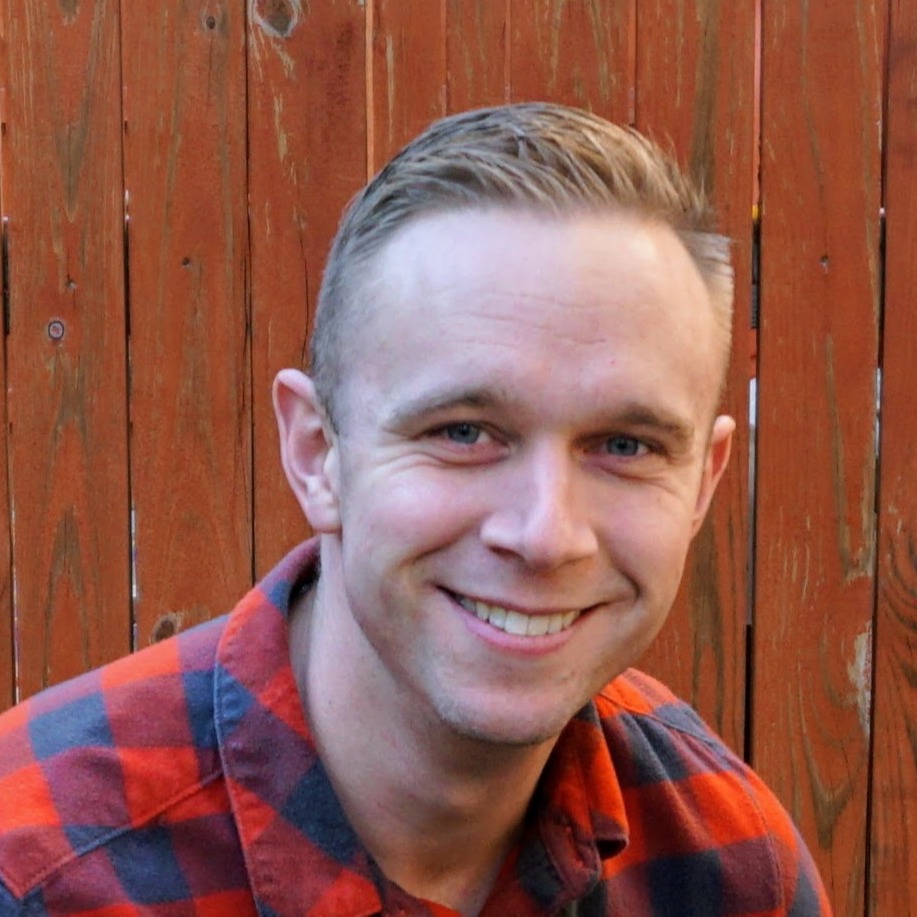 We hosted our first ever Launch Week from March 14th to March 18th of this year. Now that it's in the books, we're taking the opportunity to recap everything that we did and thank all of those people who made it possible and participated.
The first thanks is to our broader community. Thank you to each and every one of you for making Launch week possible to begin with. Without your usage and advocacy for Prefect, negative engineering would still be running rampant in the data community.
Another thank you to everyone last week who interacted with our announcement. Every interaction, both small and large, contributed to an outstanding Launch Week that made an impact. The emoji reactions on Slack (always fire), sharing posts, commenting, and liking all contributed towards even more people learning about Prefect. In this way, you're doing your part to defeat negative engineering—by bringing others into the fold.
See below for a full recap of all the exciting news that came out of Launch Week!
Monday
We kicked off our Launch Week with a teaser gif, and announced the Prefect Pizza Patrol. This is the community program for providing food for open source meetups—no strings attached. Our goal is to support open source by taking care of one of the more annoying aspects of getting people together: paying for food!
To celebrate, we ran a pizza giveaway on Twitter and had pizza delivered to feed over 100 people!

Let us sponsor your meetup! Pizza Patrol announcement blog
Tuesday
Tuesday saw the announcement of Prefect 2.0 beta, the culmination of months of development effort. Prefect 2.0 is our next generation orchestration platform that empowers code as workflows, dynamic DAGs, and more. On top of Prefect 2.0, we had an exclusive Cloud 2.0 beta announcement for our community—giving members early access to Cloud 2.0 beta before it was widely available.
Read more in the blog here. Learn more about Prefect 2.0 here.
Wednesday
We made public Club 42, our ambassador program, as well as our monthly hackathon. Club 42 members advocate for our community and educate the broader open source world about Prefect. Our monthly hackathon—the eponymous Marvin’s Challenge, after our Negative Engineer and mascot Marvin—provides a place for community members to flex their Prefect muscles in a competitive format.
Think you have what it takes? Request to join Club 42 today. Read more about Marvin's challenge here, and look out for challenges each month in the #events channel of the Prefect Slack.
Thursday
Thursday was sock day here at Prefect—we announced our SOC 2 Type II compliance and, in turn, had a sock giveaway on Twitter. Chris White, Prefect’s CTO, was the guest on PrefectLive—our recurring stream where Prefectionists write code live. Check out PrefectLive every week on Twitch.
We also announced Collections and Recipes—two initiatives focused on making tasks easier to use.
Read more about SOC 2 here, and Collections here.
Friday
Launch Week culminated with a public announcement of our Cloud 2.0 public beta. Cloud 2.0 is a powerful dataflow automation platform, managed by Prefect, used to automate and monitor managed workflows built with Prefect 2.0.
We've introduced a litany of exciting new capabilities such as profiles while preserving the core of what made Cloud 1.0 great: our hybrid model. We're looking for the community's help to test and provide feedback on Cloud 2.0, and we hope you'll give it a try.
Sign up for our public beta Read the announcement blog for Cloud 2.0. Learn more about Cloud 2.0.
CONTACT US