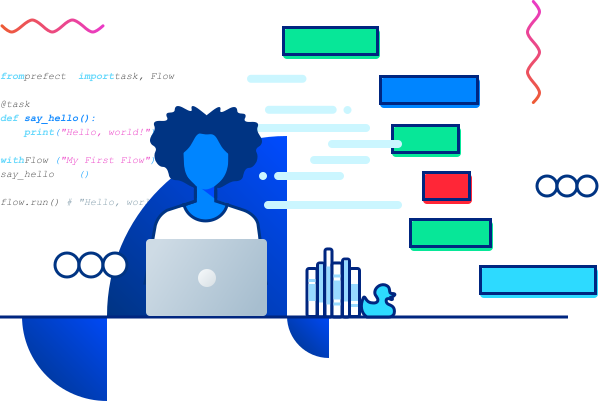 We’re excited to announce the release of Prefect 0.14.0 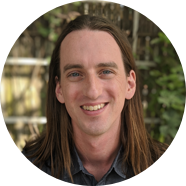 We’re excited to announce the release of Prefect 0.14.0! This release is the result of months of work to improve the flexibility and ease of configuring and deploying Prefect flows. In particular, 0.14.0 contains a new system for configuring where and how a flow run is deployed on users’ infrastructure.
For the full list of enhancements and features, check out the release changelog.
Prefect strives to be a one-stop-shop for writing and deploying workflows. Thanks to our Hybrid Model, all user code and data remains secure on their infrastructure, while still allowing workflows to be orchestrated by Prefect Cloud (or the self-hosted Prefect Server).
We do this through the use of Agents — lightweight processes that run inside a user’s infrastructure. An agent polls the Prefect backend for any new flow runs, and starts them on the platform of choice. Prefect ships with several different types of Agents for different deployment platforms (Kubernetes, Docker, AWS ECS, …).
To allow users to customize a flow run, we originally added the concept of environments. Environment objects let users customize the “job” started by the agent, adding flow specific configurations. For example, a user could customize the Kubernetes Job for a flow run using the KubernetesJobEnvironment:

Environmental Degradation
Customizing flow runs using Environment objects worked well enough, but was not without problems:
To support both the flexibility and ease of use our users wanted, we clearly needed to rethink this design.
Flow Configuration 2.0
Prefect 0.14.0 is the result of this redesign. As a result of this redesign, environments have been deprecated and split into two different options:
in a flow run should be executed.
These options can be mixed and matched, allowing for greater flexibility in choosing where and how a flow run is deployed.
RunConfigs
RunConfig objects define where and how a flow run should be executed. Each RunConfig type has a corresponding Prefect Agent (i.e. LocalRun pairs with a Local Agent, DockerRun pairs with a Docker Agent, ...). The options available on a RunConfig depend on the type, but generally include options for setting environment variables, configuring resources (CPU/memory), or selecting a docker image to use (if not using Docker storage).
For example, to configure a flow to run on Kubernetes:

Unlike environments, run-configs are lightweight JSON-able objects that contain no user-defined code. This means they’re safe to store in the Prefect Backend and load inside the Agents, removing the need for any intermediate jobs and allowing for greater flexibility.
It also means we can display useful information about them in the UI! 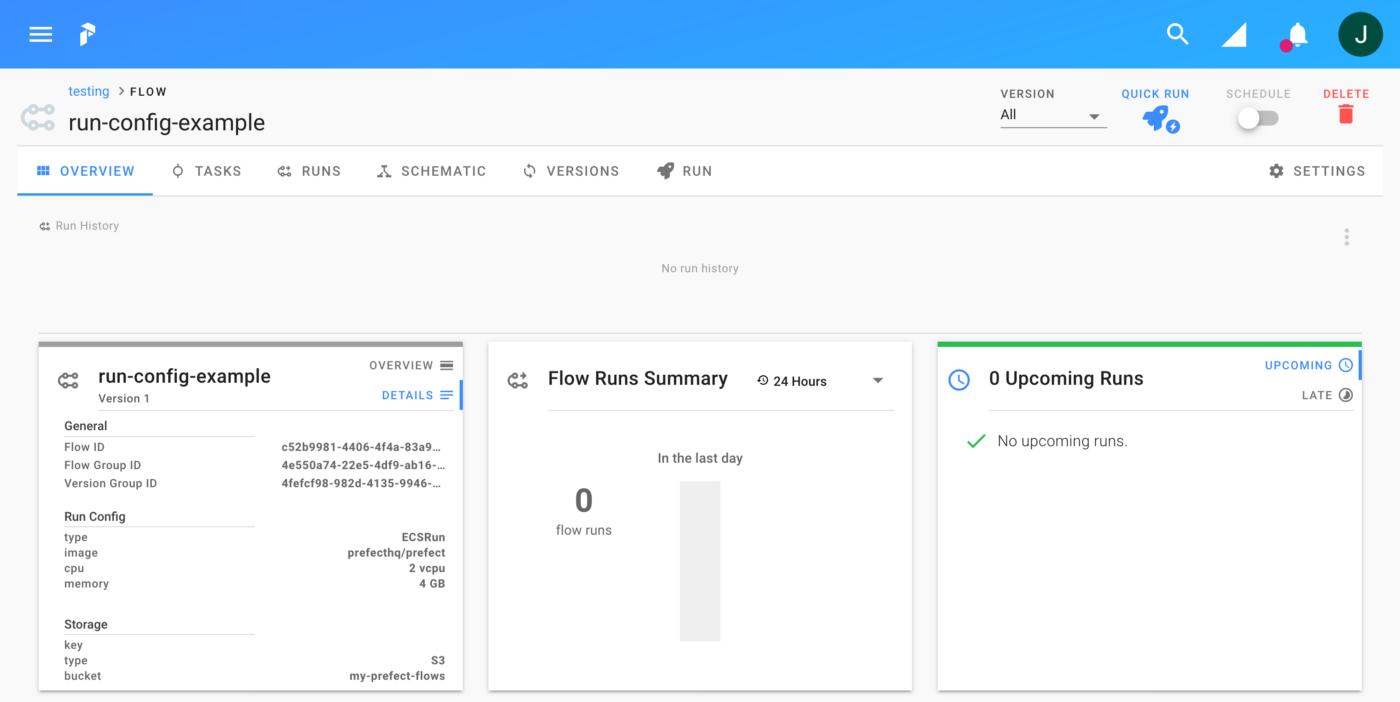 Executors
Executors are responsible for executing tasks in a flow run. There are several different options, each with different performance characteristics. Choosing a good executor configuration can greatly improve your flow's performance.
All Dask-related configuration has been moved to the DaskExecutor. Through the use of cluster_class and cluster_kwargs, users can configure and use any of the existing Dask deployment libraries, without requiring any special integrations with Prefect.
For example, to configure a flow to use a DaskExecutor connected to a Dask cluster running on AWS Fargate (managed by dask-cloudprovider):

Examples
This separation of run-configs and executors lets users mix-and-match, allowing for all sorts of new deployment patterns.
For example, to deploy a flow
you’d use S3 storage, a LocalRun run-config, and a DaskExecutor configured to use dask-cloudprovider:

Switching to using the ECS Agent (so the intial flow-runner process also runs on AWS ECS) only requires swapping out LocalRun for ECSRun:

If you then wanted to drop distributed execution and move to running a local dask cluster in a larger container you’d swap out the executor for a LocalDaskExecutor, and configure cpu and memory on the ECSRun run-config.

This separation of concerns makes common patterns more flexible and composable, and opens up all sorts of possibilities. See the RunConfig and Executor documentation for information on available options for each platform, and examples of use.
Future Developments
The new configuration design opens up lots of possibilities for future improvements. Some on the roadmap already:
Note that while environments are deprecated, they won’t be removed for a long time. We care a lot about maintaining backwards compatibility — your existing flows should continue to run fine while you figure out a transition plan. We’ve written up some tips on upgrading here. While you’re at it, you might also want to read through our recently revamped deployment tutorial.
There were plenty of other fixes and enhancements added in this release (many by our excellent community members), for a full list see the 0.14.0 release notes.
We are excited to keep improving the open source platform based on the community’s feedback, and can’t wait to see what you build next!
Please continue reaching out to us with your questions and feedback — we appreciate the opportunity to work with all of you!
Happy Engineering!
— The Prefect Team